The fuel, now under positive pressure flow, enters the filter. As the fuel passes through the filter media and the remaining particulate contaminates are caught and contained, the entrained air/vapor is also separated. Through the positive fuel air separation features of the patented Fuel Preporator® the separated air/vapor is discharged from the filter through the Primary Air/Vapor Discharge Port and into the return to tank passage after the regulator. The fuel passing through the filter media (free of contaminates & power robbing air/vapor and at pressures and flows to meet the needs of the engine exits the fuel filter through two passageways. The fuel for the engine, passes into the fuel pickup tube and out to the engine).

The excess fuel not needed by the engine is released through the pressure regulator to combine with the air/vapor and foam as it returns to the fuel tank. The regulator controls the fuel pressure to the engine. 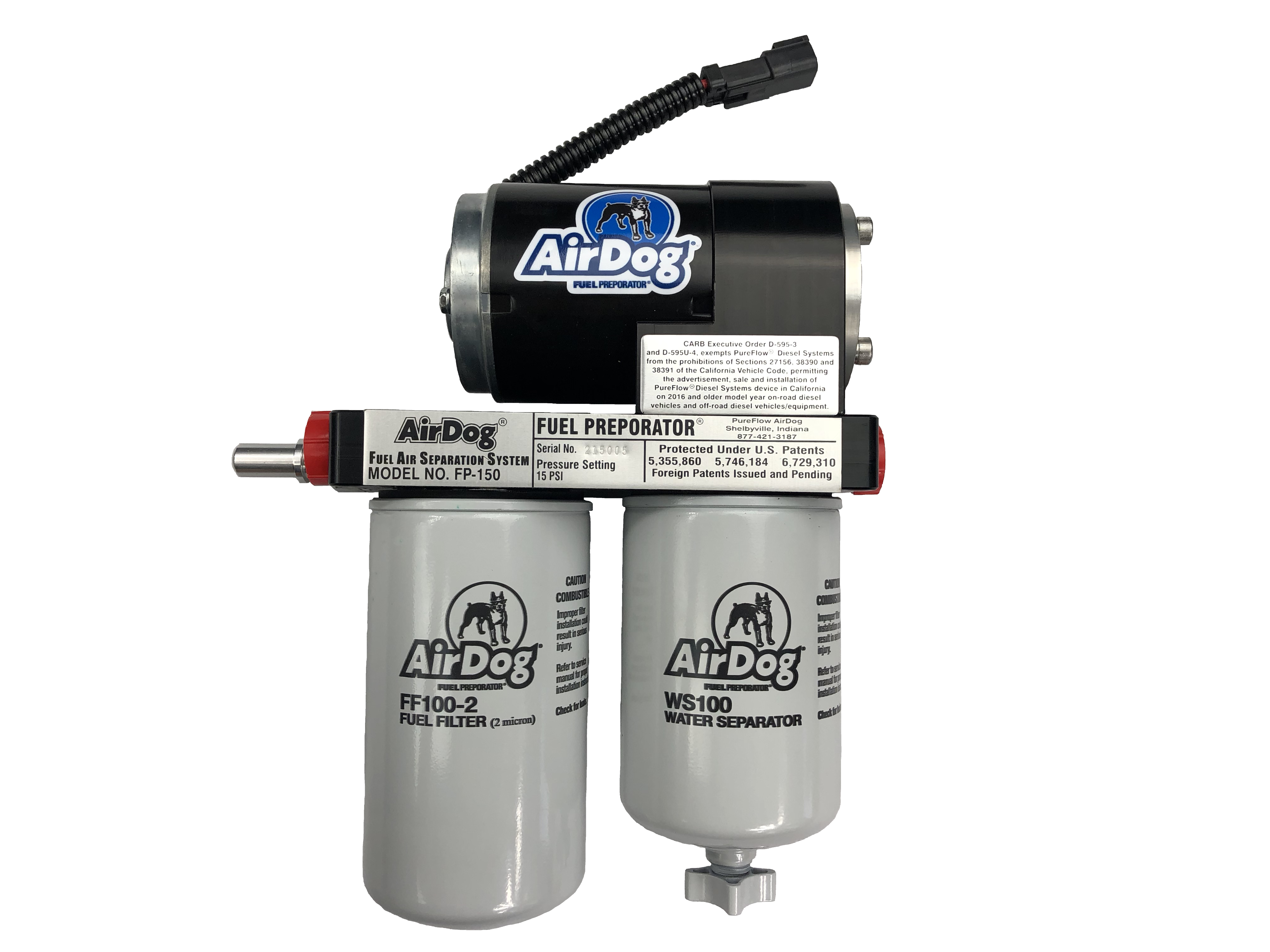 The AirDog® Fuel Preporator® removes various contaminates, including entrained air/vapor, particulates and moisture, and removes excess fuel not needed by engines, allowing the fuel to flow through the regulator and return to the fuel tank. The separated air/vapor enters the return port after the regulator, allowing pure fuel to flow to the engine at a regulated positive pressure. A gerotor pump offers quiet, long lasting performance. Some benefits include: 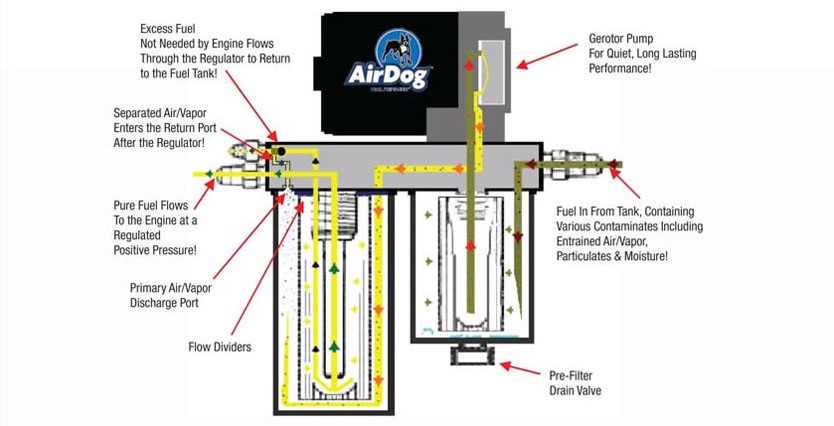 Back To Top View All Products